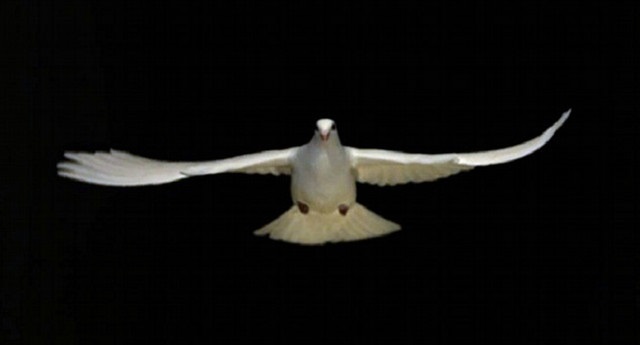 On Wednesday,  July 27, The FOMC meets to discuss Monetary Policy. The markets are looking GOOD … a little too good.

This is where we enter what I call “News Du Jour.”

“News  Du Jour” is the term I give to a piece of news that in reality has little significance but may be the catalyst and the “reason” a move in the market occurs.

People love to give a reason why something happened in the market, yet the market isn’t rational, in fact, it could be quite the opposite. Nevertheless, instead of trying to tell everyone they’re wrong, (which never works, because the market can stay irrational longer than WE can stay solvent) Let’s see what the market does and try to profit from it.

So, There’s an old saying never short a dull market, and the market has been quite dull the last few two weeks. So we certainly don’t want to do that.

Now Let’s examine some recent events …The last time Yellen was supposed to speak about the effect of Brexit on Monetary Policy … she cancelled the meeting …Hmmmmm, very interesting.

Now, let’s review a little history, shall we?

Earlier in the year…. Inflation was rearing its ugly head and finally for the first time in 8 years the US raised interest rates…

While this was happening, the mere prospect of such started rallying the dollar because as interest rates rise the dollar becomes a more attractive investment.

Since Oil is priced in dollars, as the dollar increases in value, the price of oil declines and vice versa…

Hence, as the dollar climbed on rising in interest rates, the oil plunge gained speed from January into February.

I would speculate, even go on record saying that Oil bottomed on February 11th .

Now let’s fast forward to the next few FOMC meetings.

Potential raises later in the year….

Now keep in mind the rest of the world is in at least recession, adding more stimulus. Keep in mind, we are in global economy. In fact, earlier Tuesday morning forces in Britain said that they finally realize more stimulus was necessary.

So every other country is in need of stimulus, BUT the US is going to continue rocking???

Yes, she really said that…

A such, I’m speculating there is no interest rate hike insight for the next few years. The threat or dangle of such may be mentioned for years end; However the mention of such should be totally discounted.

Let’s not forget the horrible 38,000 non-farm payroll number for may report in June.

The market has been higher, so no one’s talking about it … YET!

I’d guess that on Wednesday the Fed gives a dovish tone based on international uncertainty and some good ole fashioned “News Du Jour” ;)

Now this is just an educated guess, and I could be dead wrong, so it’s important to wait for confirmation before entering a position, or trade, or even taking a stance on the market.

As such I’d take a wait and see approach going into the meeting. If I were a betting man, which I’m not…I’d gander that that after the meeting Gold starts to resume its uptrend.

Gold broke a 5-year downtrend in January and I believe it could be back into the $1800’s within the next 18 to 24 months.

If this does play out, the dollar SHOULD (key word - should) weaken as well, and oil COULD (key word- could) find some support and start a move back into the high’s 40’s to low 50’s. Oil, however, may still be weighed down by demand FEAR’s …

As such, we are going to have to wait to see some positive action before we put positions on, depending on one’s risk tolerance.

This commentary is provided for information purposes only and does not pertain to any security product or service and is not an offer or solicitation of an offer to buy or sell any product or service. Unless otherwise stated, all information and opinion contained in this publication were produced by Allied Millennial Partners, LLC (AMP) and other sources believed by AMP to be accurate and reliable. Due to rapidly changing market conditions and the complexity of investment decisions, supplemental information and other sources may be required to make informed investment decisions based on your individual investment objectives and suitability specifications. All expressions of opinions are subject to change without notice.

All AMP employees, including research associates, receive compensation that is based in part upon the overall performance of the firm. AMP may have other financial interests in any given security with which this analysis suggests may be benefited from its conclusions. Investors should seek financial advice regarding the appropriateness of investing in any security or investment strategy discussed or recommended in this report and should understand that statements regarding future prospects may not be realized. Past performance does not guarantee future performance.

All content on this Site is presented only as of the date published or indicated, and may be superseded by subsequent market events or for other reasons. In addition, you are responsible for setting the cache settings on your browser to ensure you are receiving the most recent data.

Third-party posts do not reflect the views of AMP and have not been reviewed for completeness or accuracy. Any inappropriate or offensive comments should be reported to robert@myampny.com

If you have questions or concerns regarding AMP’s Terms of Use, you can submit them to info@myampny.com